Nordmaling has it all! A varied coast with islands and skerries, cliffs, sandy beaches and beach meadows; a cultivated coastal plain that abruptly turns into a mountainous highland intersected by deep river and river valleys. The design and development of this beautiful landscape has, of course, a geological explanation. This goes back ﬂ your billions of years back in time.

The bedrock in Nordmaling consists for the most part of 2,000 million year old mica-rich shales and vein gneisses. These gneisses penetrated 1,900 million years ago volcanic magma in the form of urgranites and gabbro / green stones. In Nordmaling, these are east of Baggård towards Örsbäck. The most famous gabbro massif in the area is otherwise Ångermanbalen in Bjurholm. The next period of volcanism occurred 100 million years later, when large magma intrusions formed the so-called Revsund granites. These now form mountain areas at Lidberget, Storrisberget and in the inner part of the municipality. The period 1,600–1,200 million years ago seems to have been troubled. Through movements along an ancient deep fissure in what is today the Bothnian Sea, the magma penetrated through fissures in the bedrock. It formed the diabases we som nner as a large field on the Järnäshalvön and out on Kronören as well as narrow fissures along the slopes of Avafjället and Storrisberg.

The entire Grundsunda coast, up past Avafjället and Storrisberget, in past Sunnansjö are perhaps Nordmaling's most magnificent geological objects. Along this line a very strong earthquake occurred about a thousand million years ago, a fault, where the whole area east of it was greatly lowered. Movements along this fault line, the Nordmalings line, were repeated on ﬂ your occasions. Most recently at the melting of the ice sheet 9,500 years ago. At the time of writing, it has been shown that these movements have caused construction technical problems for the Bothnia Line between Husum and Lögdeå.

During the Tertiary period 35–20 million years ago, the climate was tropical and believe it or not Nordmaling was then close to the equator but was heading north. The hot humid climate caused an intensive chemical decomposition and thick weathering soil layers formed. During the last 2.5 million years, many icings, each lasting for about 100,000 years, have come and gone. What these icings mainly caused is that the old weathering crust was swept away and re-deposited as a moraine layer.

During the last icing, the so-called Weichsel Glacier, the ice was up to 3,000 meters thick. The weight of the ice lowered the earth's crust here in the area by about 800 meters! The first 500 meters rose during the melting of the ice. When the edge of the melting ice was approximately at Klöse, the first islands rose above sea level. The originally moraine-covered islands were cooled by the waves of the sea until only the bare mountain remained. The part of the island that was not reached by the waves retained a capillary-like cap of moraine. So-called kalottbergs were formed. One of these kalottbergs is Storåsen. Here, the lower part of the moraine cap shows the highest coastline (HK) which in the Nordmaling area is located 275 m above sea level. This should have occurred about 9,400 years ago. Here, at the top of the swollen cliffs below the forest canopy, Nordmaling's modern history begins!

What then caused the latest ice sheet? One thing is clear. It was not the planer once claimed. The ice brought with it already released boulders from the mountain slopes, but above all it redistributed the moraines that previous icings had deposited. The moraine was usually laid as a blanket, but in some places it formed elongated ridges, so-called drumlines, through its movement. The Järnäshalvön and Hörneforskusten are nationally known for their many and well-formed drumlin areas. Take the road between Järnäs and Kråken and you will pass across about ten drumlines!

The meltwater from the ice rushed forward in tunnels under the ice. These meltwater tunnels often followed old river valleys. Where the ice tunnel opened towards the sea, the speed of the water was reduced and rounded stones, gravel and sand were deposited in a pebble sauce. These are not common or prominent in Nordmaling. However, pebble ridges are found in the Lögdeälven valley between Klöse and Norrfors and in the Leduån valley upstream of Orrböle, where the road has also been laid out on top of the ridge. A well-designed ridge is also found in the Öreälven valley between Hörnsjö and Bjännberg. A very special area with these river sediments is also found on the Järnäs peninsula between Järnäs village and Bredvik. There are many indications that these are remnants of the ice river that followed the Öre River valley. Of course, here too the road goes up on the ridge.

Both the Lögdeälven and Öreälven deep valleys are actually too big for the rivers that flow there today. These valleys are probably very old and once housed much larger rivers. One theory even wants to claim that the Ume River once flowed in the Öre River's furrow! During the centuries that followed the melting of the ice, the river valleys were filled with thick layers of clay particles and sand carried by the river's water. When the land then rose so much that the bottom of the valley lay on land, the rivers began to dig into these deposits. The more the land rose, the more the river could wear down. In the almost even-grained sediments, the river began to meander and seek new furrows - the river meandered. The outlet that the Öre River had between Brattfors and Levar was soon abandoned, after which the river returned its current fate to the sea. Lögdeälven's former delta at Bruksheden is also abandoned, and Leduån was able to design its own meander run in these sand layers. Both here and between Strömsör and Håknäsbacken, well-designed beach embankments are also seen as steps in the sand. These were formed during annual severe storms and by packis just when the area formed the sea shore. Such embankments can also be seen in the cobblestone fields.

Dramatic events also took place in higher-lying areas. At the time that HK was designed at Storåsen, the land uplift was as large as 40 cm per year! This rapid land uplift caused ﬂ your very strong earthquakes, especially after the Nordmalings line (Lidberget, Storrisberget), where movements took place both along the fault line and after old, partially wintered diabase passages and new gaps in the rock were formed.

A couple of thousand years later, the land had risen so much that the waves of the sea could hit these cliffs. The force of the fires multiplied when it was concentrated in the narrow gorges, which opened directly to the sea. With the burns, sand and stones were carried free from the moraine mantle deposited by the ice sheet along the foot of the mountain. The stones hit the walls of the gorges like a hammer and widened them. The sand ground the walls. The closer the gorges approached the shore level, the greater the force and impact of the surf. The gaps were widened and rounded and more and more abrasive materials could be inserted into them.

Finally, the critical time was reached when the bottom of the gorges lay at the shore itself. Fewer and fewer burns hit what were now round-cut caves. Less and less sand and stones could be brought into them to perform their abrasive work. Instead, it was another part of the burning work that came to dominate. The suction effect of the retreating wave dragged material to greater depths. The gaps were gradually cleared of blocks and sand. Blocks from the moraine mantle at the foot of the mountain were sucked to increasing depths. The ground rock was released. The slabs were ground in beautiful pot shapes, gutters and free-standing bedrock smokes.

The rock was now so cold-washed that only pines were the only trees that could take root, and seek their roots down in narrow damp cracks. In sheltered sinks there was some moraine left, where the spruce could eventually begin to form forest. There were only cobblestone fields left of the moraine mantle, where all the material had been removed by the waves. The fields were so sterile that it took many, many thousands of years before the vegetation began to take root.

What is described here is the brief story of how the caves in Lidberget and Storrisberget were formed after the last ice age. The caves are called tunnel caves in scientific terminology and in the whole country only about a hundred are known. Of these, we find about ten in Nordmaling. Cobblestone fields are a bit here and there in the parish. Good examples are the currently active Långroudden, the south slope on Ålidberget inside Lögdeå and on the southeast side of Kälsmyrberget - Degerberget by Mullsjö. The material swollen from the moraine settled as soft bottoms in the sea. With the continued land uplift, these fertile agricultural lands formed as between Ava and Levar, Bredvik and Järnäs.
We are now in our own time. Land uplift has stabilized at around 0.8 cm per year. Marinas will continue to be built up and we have to make sure that our summer cottages lose more of the sea contact. We can count on one or two minor earthquakes, but there is nothing to worry about. The great changes of the landscape are now being carried out by man. 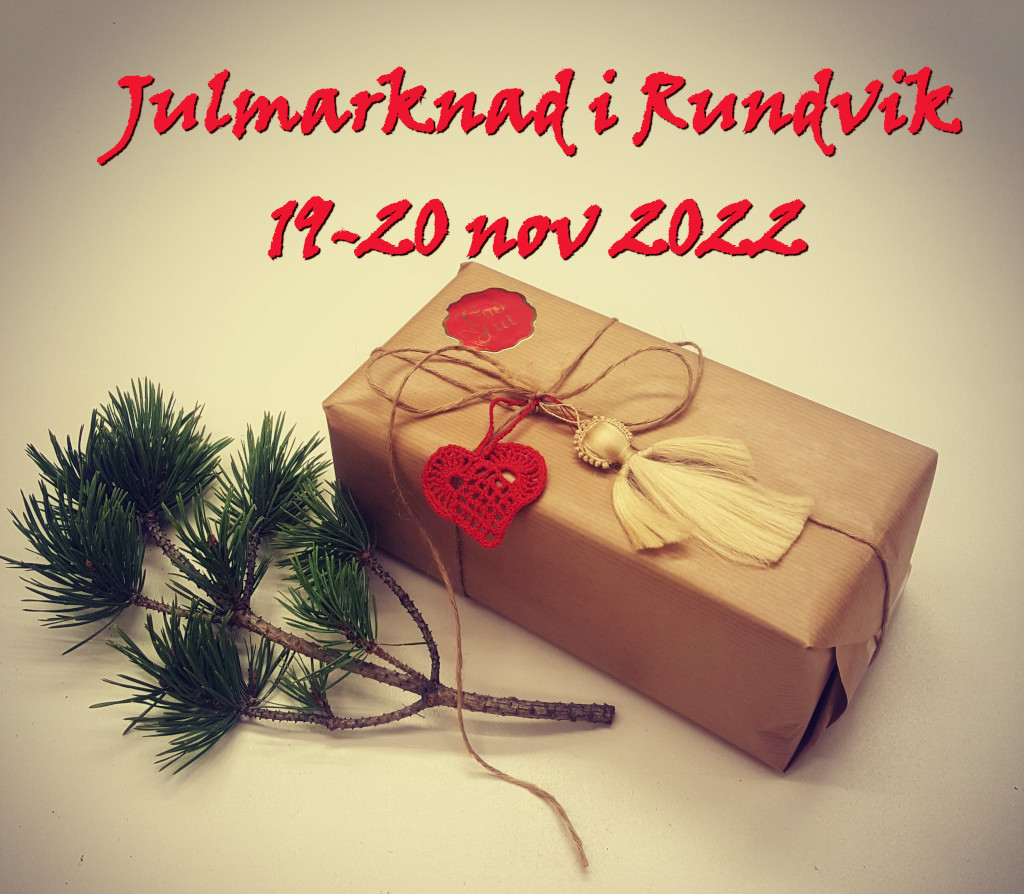 Rundviks centrum
We repeat last year's success and invest again in being able to present a Christmas market in Rundvik with an emphasis on quality and tradition, mainly in food [...]
More Info

Formstråket is a collaboration between us actors who work in cafes, crafts and design along the 35 km long stretch Öre-Hörnsjö in the municipality of Nordmaling. Read [...]
More Info 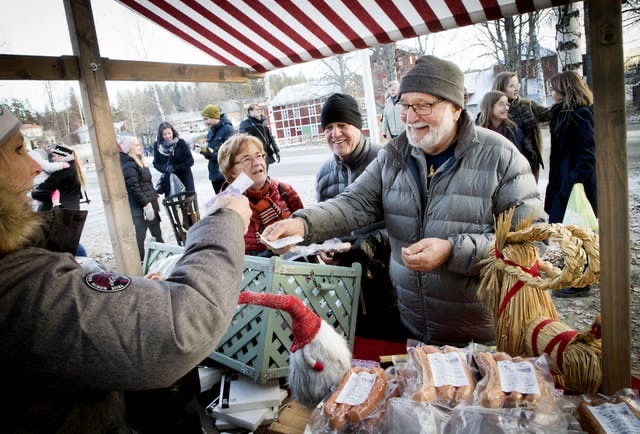 Olofsfors use
Welcome to Olofsfors' traditional Christmas market on November 26-27 from 11:00 a.m. to 4:00 p.m. We offer handicrafts and locally produced products of high quality, atmospheric atmosphere and well-being. [...]
More Info 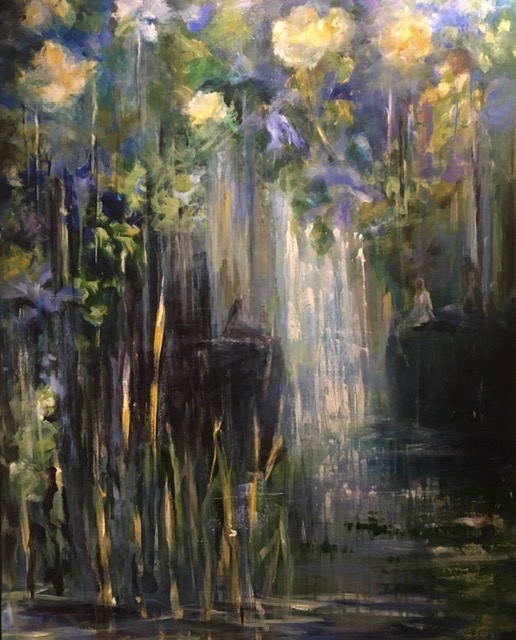 Class Engman Museum
About Bibbi Ericsson: She wants to create quickly and capture the moment in her acrylic paintings or watercolors. Inspiration is mainly drawn from nature and in konst history the Impressionists are appreciated [...]
More Info 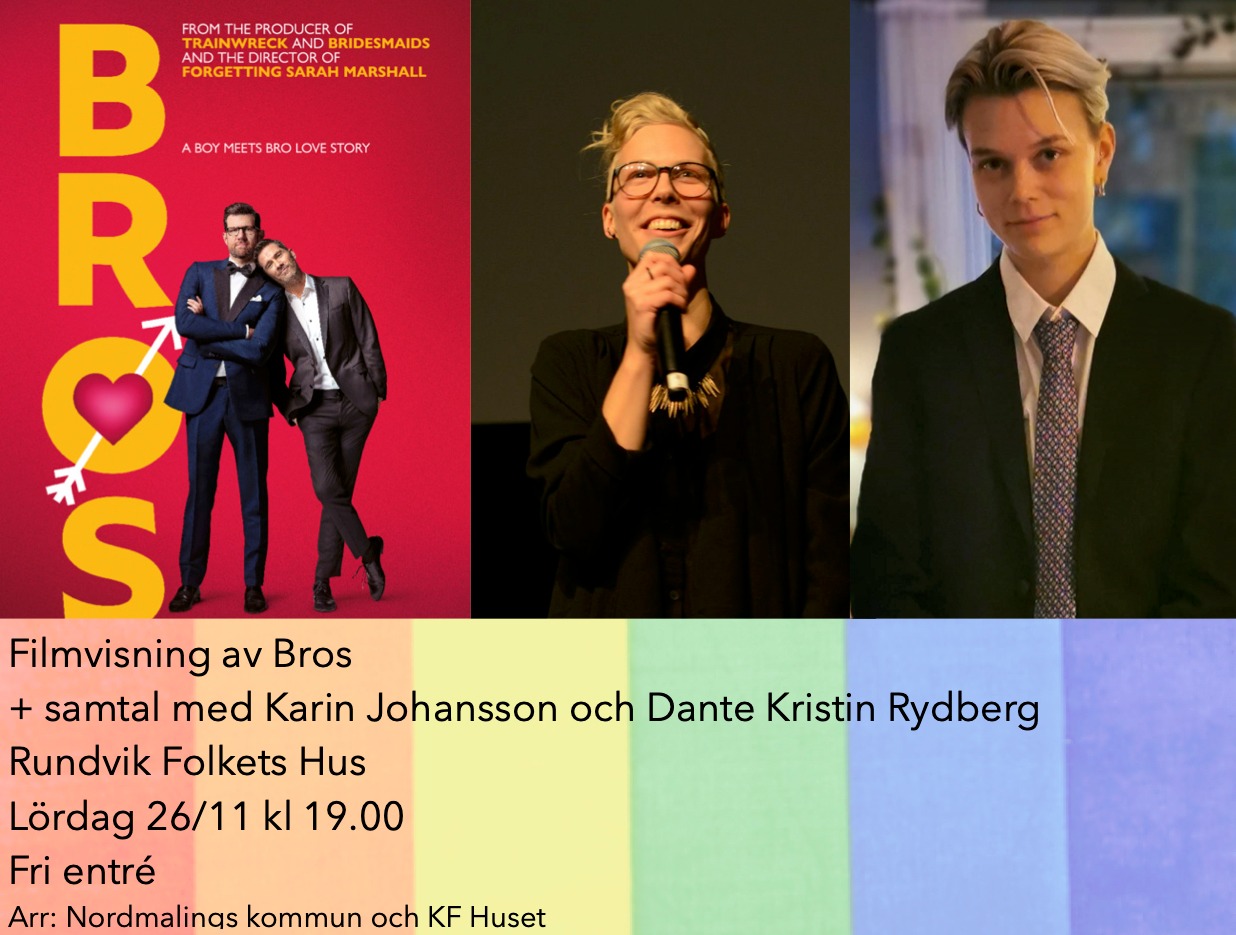 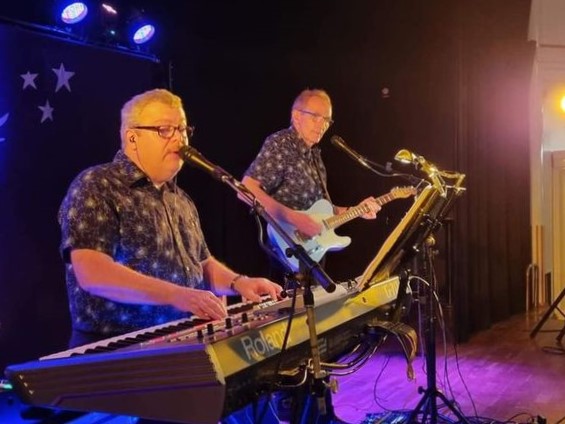 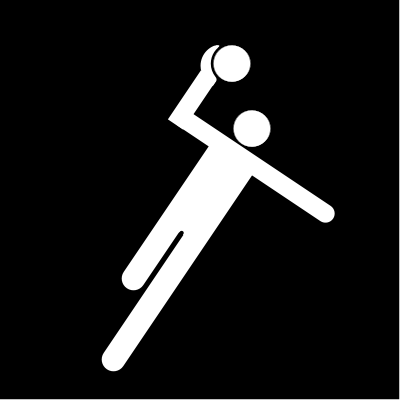 Norrskenshallen
Watch when Nordmaling's F14 plays in USM and meets teams from all over Sweden at home. Many matches throughout the weekend.
More Info 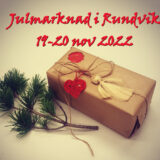 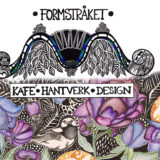 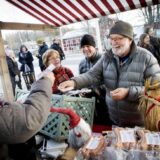 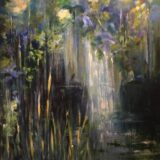 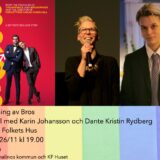 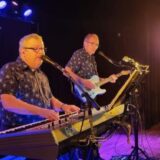 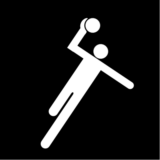