The story of the purple craft bakery 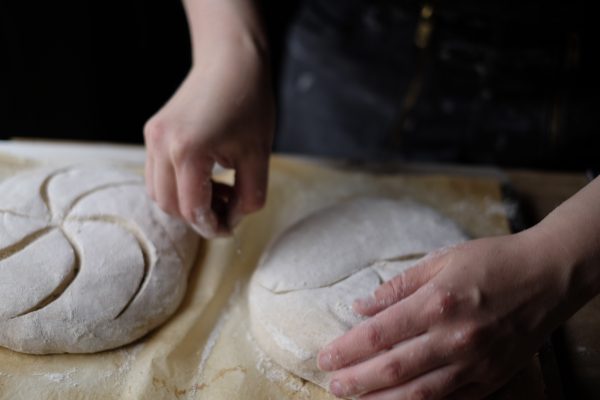 It started with that sourdough.

In 2015, Sara started baking real sourdough bread, without yeast, at home in the kitchen in the apartment in town. The sourdough took over more and more and the breads became more and more. In the end, it became too much to eat in the household and Sara's work colleagues became subjects.

After a while, the colleagues thought that Sara could not offer bread all the time and they wanted to pay for it. So Sara then started Umeå's first "facebook bakery" and baked bread for sale by pre-order. Customers booked the breads and came and picked them up at home in the hall of the apartment in town.

Suddenly the farm with a big G appeared and the moving load went from the City to the Farm. After renting a kitchen, the longing for their own premises became great and finally Västerbotten's farm was furnished at home on the farm into a bakery.

A dough mixer moved to the bedroom and the stone oven Stenis moved into the old country kitchen.

The hall was decorated with older furniture for a cozy cafe and the upstairs has also received some love.

So, that sourdough took over life, you could say. Well met!

The Umeå region is

The Umeå region is